What is Child Slavery Today and How You Can End It

We grow up learning about slavery in school. We learn of the awful ways groups of humans treated other groups of humans – we wonder how such things could happen. How could society allow it? The truth is, it’s still happening all around us. Both in our backyards and half-way across the world. In fact, there are more people enslaved around the world right now than at any other point in history. Child Slavery exists in many different forms today, and it can often become difficult to understand the meaning behind different terms.

As The Guardian puts it, “while calling certain practices slavery may raise attention to it, not all children who are exposed to hazardous work are slaves and not all workers who don’t receive a fair wage are forced.” It is important to understand that a child becomes a slave when their bodies are owned by another individual. Child slavery includes all forms of exploitation – forced labor, sex trafficking, child brides, etc. The ILO defines it best by stating, “child labor is work that is mentally, physically, socially, or morally dangerous and harmful to children, and interferes or deprives them of schooling. While the worst forms of child labor are defined as child labor that is exploitative or hazardous, including all forms of slavery and trafficking.” 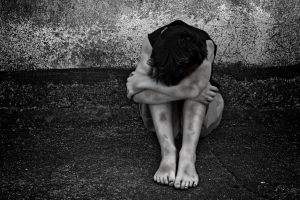 Child Slavery Around the World:

There are a staggering 18.3 million people enslaved in India right now. In most places, including India, slavery is technically illegal. However, not all governments and citizens actively try to stop slavery. Specifically, it is because of India’s ancient Caste-system that so many fall victim to slavery. Based on the Hindu belief of reincarnation, it is believed that your actions in your previous life determine who you are in this life – therefore, the group known as Untouchables, or Dalits, the members of the bottom group of the caste-system, are shunned.

According to National Geographic, the Untouchables of India make up more than 160 million people. They’re born into a position of poverty and abuse, deemed impure and sub-human. Because of their position within society, their enslavement is not acknowledged by the law. It is believed that their enslavement is not a trespass of human rights – because these people aren’t seen as human. Dalits have no rights. So, enslavement happens in the open. It isn’t a secret

“Dalits are not allowed to drink from the same wells, attend the same temples, wear shoes in the presence of an upper caste, or drink from the same cups in tea stalls,” said Smita Narula, a senior researcher with Human Rights Watch, and author of Broken People: Caste Violence Against India’s “Untouchables.”

They live in constant fear of beatings, rape, lynching, etc. simply for walking through a neighborhood of upper classes or drinking from an undesignated water fountain. Children are lured by slave owners with false promises of a better life. They’re told they will be fed well, earn money for their families, and be safe. Other times they aren’t told anything – they’re just taken.

Due largely to extreme poverty and state fragility, many African countries’ children are at a heightened risk for child labor and slavery. According to Business & Human Rights Resource Centre an estimated 20% of all African children are involved in child labor or slavery.

According to the ILO, “agriculture accounts for 85% of all child labor. This relates primarily to subsistence and commercial farming and livestock herding; and it is often hazardous in its nature and in circumstances it is carried out.”

In Africa, child slavery is mainly seen in the form of forced labor. Most products you use daily were created by children’s labor across Africa. Although different forms of slavery also exist in Africa, labor is the most prominent. Below are just a few examples of the products that are created as a result of child labor:

Child Slavery in the U.S. and Europe

That’s right, child slavery even exists in our own backyard. We celebrate our freedom, not realizing our children are being targeted and exploited right under our nose. But, slavery in the U.S. looks a little different than in India and Africa.

Although child labor still takes place, the most prominent cause of child slavery in America is sexual exploitation – sex trafficking and enslavement. Sexual predators’ prey on our youth online, and in our neighborhoods. The average age of a child being trafficked is 7-14 years old. And, according to Global Slavery Index, in 2018 it was estimated that on any given day in 2016, there were 403,000 people living in modern slavery in the United States.

Unfortunately, money plays a large factor in the sex trafficking business. Between child pornography, prostitution, and sex slavery – more than $32 billion is generated globally each year. Children are being forced into exploitation of their bodies for profit. In the United States, any minor under the age of 18 engaged in commercial sex acts is automatically a victim of sex trafficking under the law. Today slavery isn’t detected as easily as it once was. With the ever-increasing use of the internet, it often goes unnoticed. Additionally, most children exploited in public settings are forced to act normal – denying any need for help.

Children are being bought and sold both within the U.S. and internationally, in large sex trafficking rings.

Although child labor plays a much smaller role in America, it is still happening. Global Slavery Index found that in 2016, 1,067 cases of labor trafficking were reported in the U.S. including domestic work (197), agriculture and farm work (125), travelling sales crews (100), restaurant and food services (74), and health and beauty services (45).

Child labor is work that is mentally, physically, socially, or morally dangerous and harmful to children, and interferes or deprives them of schooling.

Sex trafficking is the recruitment, transportation, transfer, harboring or receipt of persons who under threat, force, coercion, fraud, deception or abuse of power are sexually exploited for the financial gain of another.

Child marriage is the formal (or informal) marriage of a child under the age of 18 – generally the marriage of a young girl to an older man. A child bride is separated from her family, sexually exploited, abused, and enter into motherhood at an age that is harmful to themselves and their children.

Here are 8 Ways You Can Help End Child Slavery:

Do some research – education is power! There are a lot of definitions, clarifications, and some confusion surrounding the differences between child slavery and child labor and the different forms.

Your financial contribution makes a huge impact. Your gifts can fuel the process of rescuing children and providing for them once they are out of slavery. They can give children the education they need to pursue their dreams, a place to call home, food in their bellies, and clean clothes on their backs. To learn more and to give directly to the rescue, potential reuniting, and caring of children that have been enslaved, visit our donation page.

Let your voice be heard. Contact your local law officials, vote for candidates that will fight to end child slavery. Request that laws be passed that will stop the purchase and trade of products created by child labor. Request that stricter laws be enforced for the exploitation of a child.

Buy locally. Support your local farmers markets. Know the indicators of products produced by child labor. Keep in mind all the various products that are created as a result of child labor and hold yourself accountable for not purchasing them.

Find opportunities to share your knowledge on child slavery with others. Many don’t know how large of an issue it is, nor that it is happening right around them.

6. Be Aware of What is Happening Around You

If you see a child in a situation that doesn’t seem quite right, report it. Call law enforcement, or a hotline. It is always better to be safe than sorry. Children are often threatened into compliance, but body language says a lot. Educate yourself on warning signs that a child is in danger.

Use your time to make an impact. Be on the lookout for volunteer opportunities in your community to help spread the word about child slavery, sign up to work events through charities in support of abolishing child slavery, and advocate for action. Your voice is powerful and now is the time to make it heard.

Consider other ways of giving financially. Start a fundraiser that will inspire others to join in the mission to end child slavery. Donate your birthday, run a 5k, or have a yard sale. The possibilities are endless. You will make a difference around the world!

Children deserve to be free. Help us put an end to child slavery today. 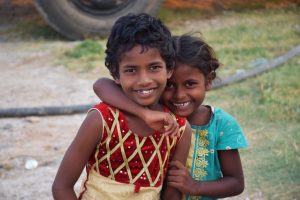