From The Beginning,
We’ve Been Led By The Holy Spirit

A question that comes up frequently is – Why did you choose the countries you are in? The short answer is that we didn’t! We didn’t have a master plan of where we wanted to work. We still don’t have a strategic plan for where we’re going next. Our ministry has been led by the Holy Spirit from the beginning, and we don’t have any intentions of changing that. But, some things have remained consistent. Set Free goes to the hard places – places where most other NGOs aren’t working. We go to places where a significant segment of the population has not been reached by the Gospel of Jesus. And we go where indigenous pastor partners have a vision for planting churches and cultivating discipleship. We provide clean water and renewed hope to thousands of people in India and West Africa. That’s what has led Set Free to work where we are now, and it will be those factors that will lead us to wherever God has in store for us next.

With over 1.3 billion citizens, India is the second-most populous country in the world. However, India also has one of the highest poverty rates in the world. Over 21% of their 1.3 billion people make less than the equivalent of $1.25 per day. A rapidly growing population combined with a warming climate is also putting a tremendous amount of pressure on their natural resources - most notably water.

The largest challenges for India lie in its caste system - a remnant of Hindu culture that divides people into four main castes. These castes determine everything - where a person lives, where they worship, schools they can attend, who they can marry, who they can associate with, and what jobs they can hold. At the very bottom, beneath the very caste system itself, are the Untouchables. There are people considered less than human. They are not allowed to hold jobs, worship in the Hindu temples, and are destined to live a life of absolute poverty.

Native Pastors were killed for their faith in Jesus Christ.

of the population make less than the
equivalent of $1.25 per day. 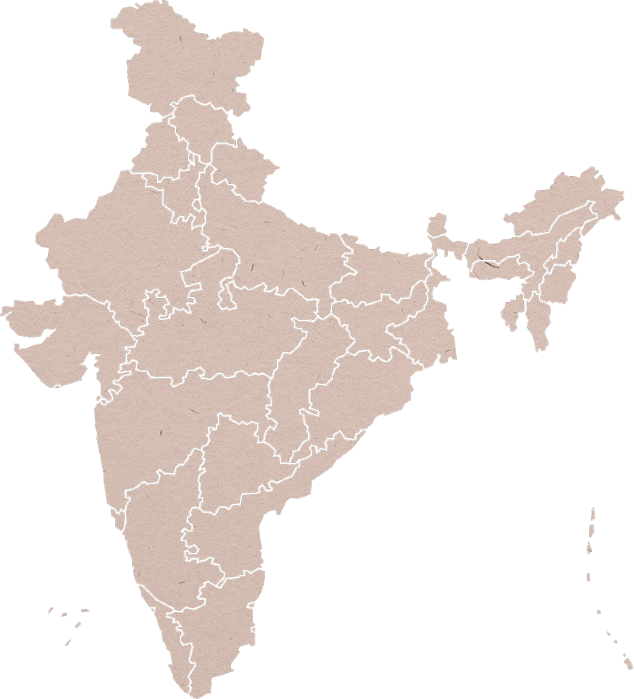 Set Free supersedes this system. We provide freedom through Jesus Christ to the Untouchables. We rescue their children from slavery, provide clean water, and care for their medical needs. Through our partnership with our Indian pastor partner and his network of pastors, we can tell them there is one God who loves them, cares for them, and gave His life for them. By showing the love of Jesus, our Indian pastor partners reach villages with gifts of humanitarian aid that opens the door to proclaim the name of Christ – to millions.

But this work is not without risk for this network of over 8000 pastors. Christian persecution is a very real threat to the lives of every pastor we work with. There is a radical group operating within India that has made it their goal to eliminate all non-Hindus from India. Over 200 pastors were killed for their faith last year alone. But despite the danger, these pastors are relentless in sharing the gospel of Christ in the villages they serve. They are the real heroes who care for rescued children in their homes and cultivate discipleship among their church congregations. 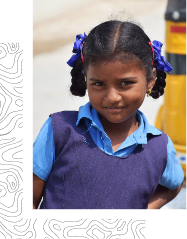 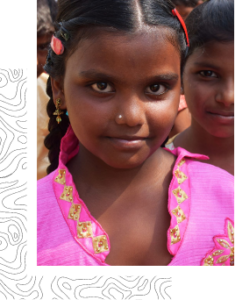 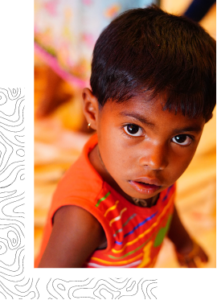 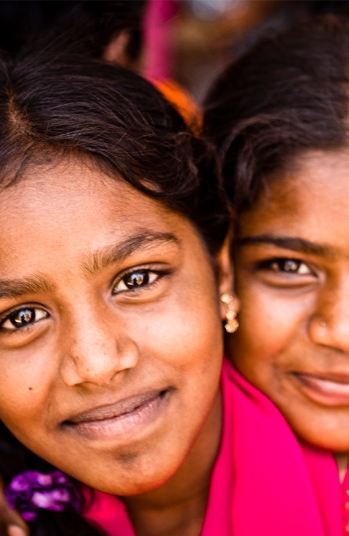 No Child Left  in Slavery

Set Free’s work in India is widespread. Our network of pastor partners has a presence in all 29 states in India. Churches are being planted, and people are coming to know Christ for themselves. Children are also being rescued all across India, but the largest populations of rescued children are located within 4 states – Andhra Pradesh, Orissa, Jarkhand, and Bihar. Our medical clinics and well-drilling work are currently concentrated in India. With a population of over 3 million people and a large population of children held in slavery here, this is where we feel we can serve God best until all have reliable access to clean water, no child is held in slavery, and every person has experienced God’s love for themselves.

With more than 7 million people comprising 16 different ethnic groups, Sierra Leone is a country where almost 70 percent of its citizens live in poverty. A predominantly Muslim country, Sierra Leone’s recent history includes a brutal, 11-year-long civil war and an Ebola outbreak of epic proportions. All these challenges provide unique opportunities for Set Free to provide for the physical and spiritual needs of these people.

In Sierra Leone, Set Free has partnered with Burlington Graphics to fund our work and Pastor Alphonso Barry with Africa for Jesus for evangelism. Since our partnership, Pastor Barry’s ministry has grown from six churches to over 200. God is moving in big ways here.

A second drill rig was sent to Sierra Leone, doubling our monthly well-drilling capacity from 5 wells per month to 10 wells each month.

Sierra Leonians were given the gift of clean water through 102 wells drilled by Set Free.

We scaled back our monthly drilling to also begin focusing on a repair program to ensure all wells drilled remain fully operational. 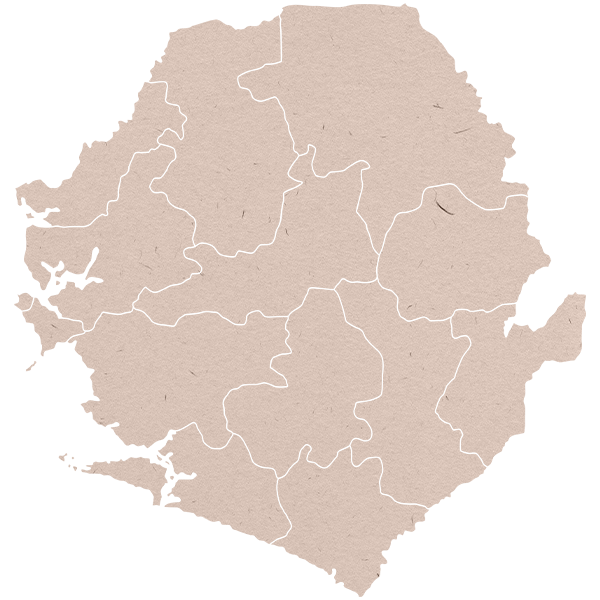 Creating a Ripple in Kychom Village

In February of 2012, Water of Life drilled a well outside of an old mosque in Kychom Village. Later, that mosque was given to Pastor Barry to use as a Christian church. After needed repairs to the building and grounds, the first Christian worship service was held on February 17, 2013 – and nearly 800 people came to worship! Last September, God moved in Kychom again. The chief Imam of the Muslim Mosque of Kychom sent his two eldest sons to help the Christian church finish needed repairs. He gave them explicit instructions: 1. Do not accept any money as a form of payment as the Christians are good people and you should help them. And 2. You should stand in front of everybody and BE a part of the church. That’s right. The chief Imam of the village urged his sons to convert to Christianity. 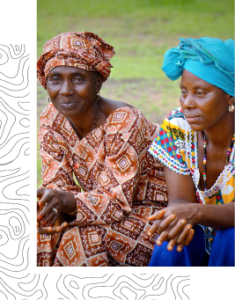 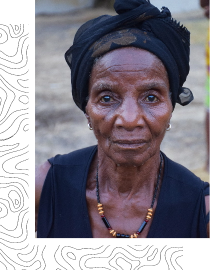 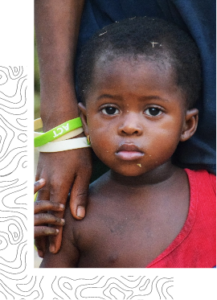 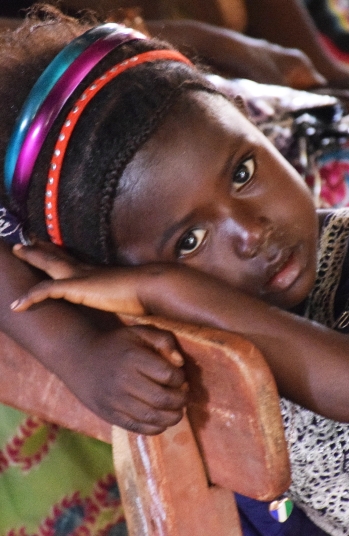 Set Free realized that we may not be able to meet the needs of all Sierra Leoneons who are waiting for clean water in the near future, but we can meet the needs of a district. It’s that mentality, and a little trial and error over the years, that’s leading Set Free to consolidate and focus our well-drilling efforts into one district until it’s complete. We won’t leave until every man, woman, and child has reliable access to clean water and has experienced God’s love for themselves through this gift.

A country of around 4.5 million people divided into 16 indigenous ethnic groups, Liberia has, in recent years, faced political upheaval, civil war, and disease. It remains one of the world’s poorest countries, relying heavily on foreign aid and natural exports.

Liberians were given fresh water when Set Free drilled 151 wells and rehabbed 21 wells that served an additional 37,578 people.

Liberians were reached with clean water and the gospel of Jesus Christ when 150 new wells were drilled and 286 existing wells were repaired.

Water Projects were completed to serve 246,014 Liberians for generations to come. 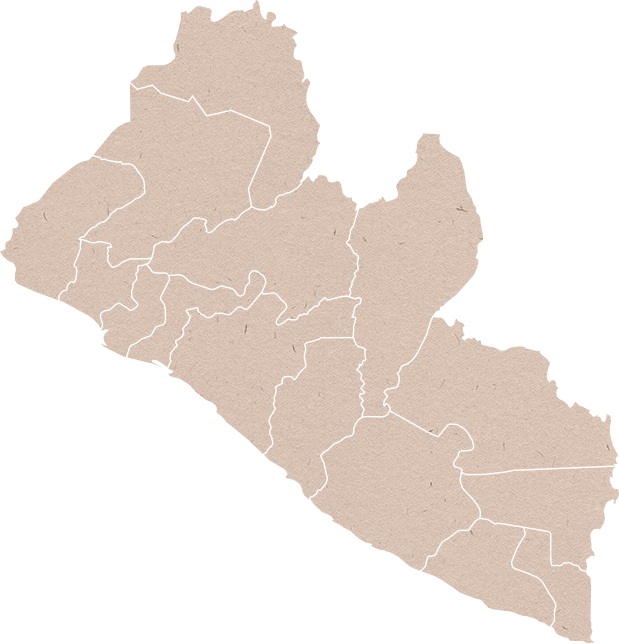 Creating a Ripple in Liberia

In Liberia, Set Free partners with two groups, which allows us to impact the area for long-term change and revival. It was the first West African church we started in, and we have seen such positive change since the beginning. Through Dennis Aggrey with the Christian Revival Church Association (CRCA), we have followed up our well-drilling work with church planting and ongoing discipleship. In 2014, we partnered with The Last Well to join in their mission of bringing clean water to the whole of Liberia, border to border. This work was completed in 2020. Following the completion of our work with The Last Well, we scaled down to drill supplemental wells that were needed and we continue to support Dennis’ church planting work.

In 2023, we are excited to start a new chapter in our work in Liberia! Set Free is focusing on a self-supporting repair program to ensure that the good work put into the thousands of wells drilled continues to provide clean water for generations to come. A large problem in well-drilling efforts is returning years later only to find that the well is inoperable. With proper maintenance, this is 100% preventable and a well can continue to serve a village for generations. These repair programs are locally led by Liberian pastors and drill team members and are funded from within the villages they serve. 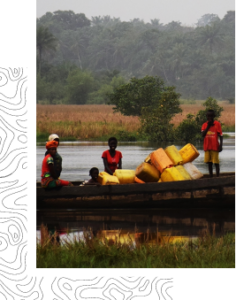 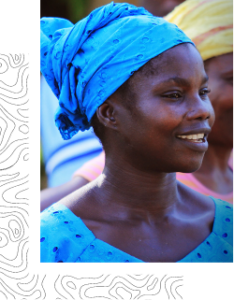 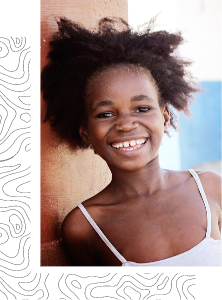 When it comes to providing fresh water for the villages we serve, drilling a well is just the start. Like any mechanical tool, our wells require ongoing maintenance and repairs to keep them in good working order. Thanks to the support of the Liberian villages we serve, our drill teams are working with village pastors to establish ongoing repair programs that ensure the wells continue providing fresh water that saves lives and strengthens futures. 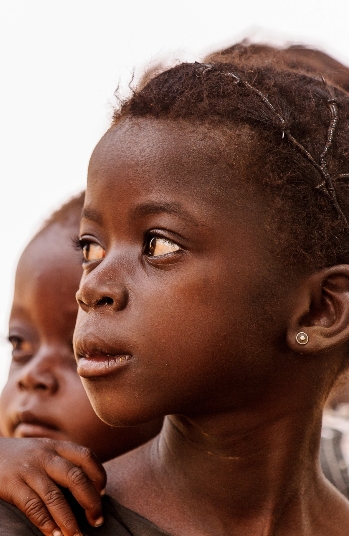 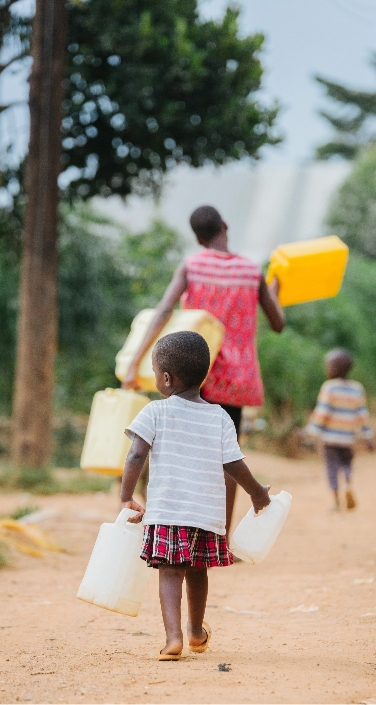 Join the Mision Here are a few ways you can impact lives.

SITE BY THE BRAND LEADER