What You Need to Know About the Water Crisis

What is the World Water Crisis?

The world water crisis is the lack of fresh water resources to meet water demand. Have you ever wondered how different your life would be if you didn’t have easy access to water? If you couldn’t turn the sink on and watch clean water flow over your hands? Or if you knew the water you did have would make you sick, but had to drink it anyway to survive? Imagine watching your child’s future suffer because they’ve dropped out of school to spend their days collecting water from the swamp on the outskirts of the village. This reality is something we wouldn’t wish on anyone, and yet, it’s the reality for millions around the world – 844 million to be exact. There’s nothing more essential to life than water. And yet this number remains so large, causing a world wide water crisis.

We wonder how in 2020 so many could lack clean water. The truth is, there are endless reasons that cause water scarcity – poverty, drought, etc. The first step to working to solve this problem, is understanding exactly what it means. United Nations defines water scarcity as “scarcity in availability due to physical storage, or scarcity in access due to the failure of institutions to ensure a regular supply or due to a lack of adequate infrastructure.”

Water scarcity also isn’t isolated to one area of the world – it already affects every continent. “Water use has been growing globally at more than twice the rate of population increases in the last century, and an increasing number of regions are reaching the limit at which water services can be sustainably delivered, especially in arid regions.” It’s a bigger problem than many of us realize and understanding why is the first step to solving it.

Women collecting swamp water for their families to drink

Although not all areas stricken by the water crisis are also stricken by poverty, there is a prominent and direct correlation. More so, the two are mutually enforcing. It is a ruthless cycle – with a lack of water, poverty will always remain. The cycle goes like this: imagine a family in a lower-caste village in a rural area of India relying on a swamp that runs on the outskirts of the village for water. Father’s can’t miss work or else their families won’t eat, so mothers and children are tasked with collecting the water. The children accompanying their mothers can’t go to school because of the time spent gathering water. The 40-pound bucket of water finally makes it back to the hut and into the bellies of the families, just to cause severe illnesses days later that keep the father’s from being able to work. Since they can’t work, their families can’t eat, and even if there was time to go to school the children are now too hungry to concentrate.

Many areas of the world are subject to drought. Driven by climate change, geography, and overuse of water sources drought rears its ugly head around the world causing detrimental problems. In fact, The World Economic Forum ranks water security as “the top global risk facing societies, economies, and businesses over the next ten years.” When drought brings water scarcity, all areas of life are affected. According to the International Water Association, “water scarcity and drought impact poverty and economic growth, health and well-being, gender inequality, and the environment. Crops fail, livestock die, families face food shortages and famine, people are forced to migrate, and conflicts arise.”

Although we might not be able to fully control droughts, we can control the use of clean water so that the supply remains in times of drought, whether that means conserving clean water that is available or working to provide sustainable water sources like wells. 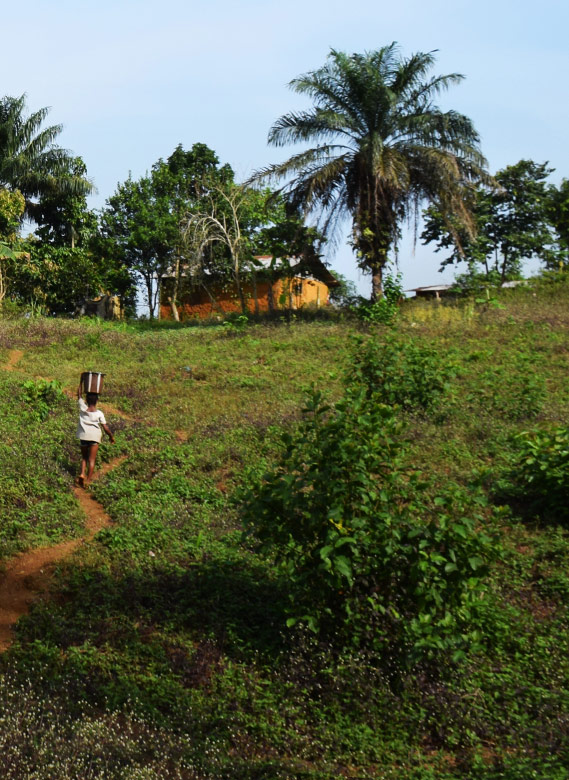 A child returning from the long trek to collect water – alone

The water crisis also represents those communities that have access to unclean, dangerous water. In underdeveloped areas, stricken by poverty, there is no access to running water. If a well has not been drilled in the community, the villagers often fall back on whatever body of water is near – a swamp, puddles of accumulated rainwater, etc. In fact, according to UNICEF, “the number of people collecting water directly from rivers, ponds, open wells, and other surface water sources – the same sources used for laundry, bathroom facilities, and by wild animals is 159 million.” For these millions, their whole lives are affected by the dirty water they rely on.

Pollutants play a huge role in the water crisis. Although some have access to water, it often has been polluted by trash, toxins, animal waste, etc. Shockingly, 80% of the world’s wastewater is dumped – largely untreated – back into the environment, polluting rivers, lakes, and oceans. Pollution isn’t just a problem in large cities, either. The most common forms of water pollutants include: agricultural, sewage and wastewater, and oil pollution.

Dirty water affects all aspects of life. It creates a cycle of poverty that is impossible to break without clean water. When a community gains access to clean water the cycle is broken:

Without clean water 80% of all illnesses in the developing world comes from water-borne diseases.

The physical act of water collection most often falls on the shoulders of women and children. These women and children are charged with the task of walking to their water source far from home – the average distance is 3.75 miles. By some estimates, the collective time in one year that women and girls spend collecting water across sub-Africa is equal to the labor hours completed by the entire workforce of France (about 40 billion hours).

It is almost impossible for a child to receive a quality education when they do not have access to clean water. The physical act of collecting this dirty water takes hours out of a child’s day. And often these children fall ill from the very water they worked so hard to collect. Without a consistent education, illiteracy rates in villages soar and future job prospects are limited. This often perpetuates the cycle of poverty seen in villages without an improved water source. 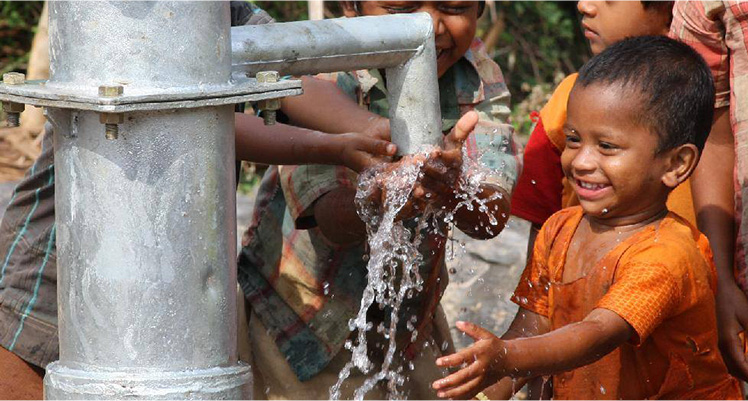 What Can You Do to Make a Difference?

1. Educate Yourself on the Water Crisis

There is an endless amount of research out there on the water crisis – and most of it will surprise you. Take some time to educate yourself on how enormous the problem actually is. We recommend reading National Geographic, and The United Nations take on the world water crisis.

Once you’ve educated yourself, don’t stop there! Start making conscious decisions to conserve your water use. If there’s one thing we can’t live without, it’s water.

3. Give Towards a Water Organization

Consider giving towards or volunteering with a water organization. Set Free works to bring clean water to villages in India and West Africa.

Reduce your waste by recycling and switching to biodegradable products. Let’s do our part to make sure the water we do have isn’t full of harmful contaminants causing serious health problems and even death.